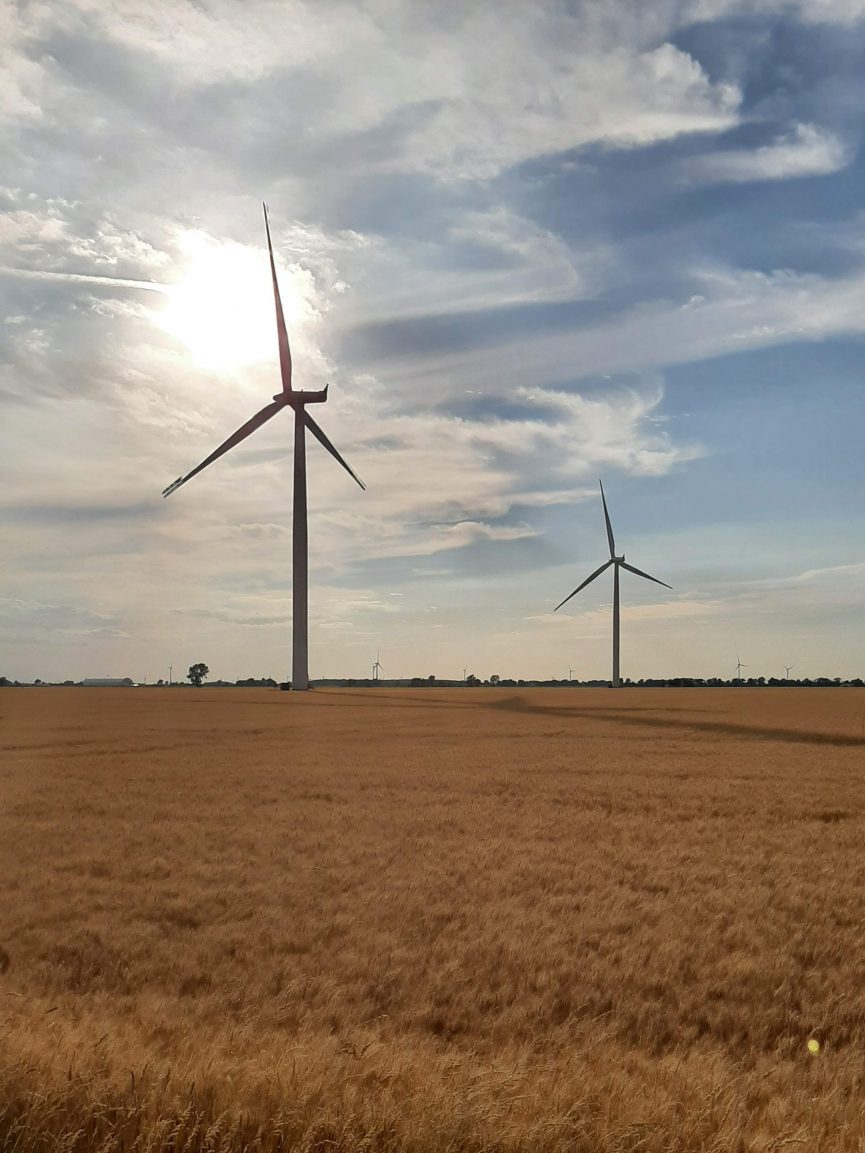 Summer days are made for long bike rides. And ice cream. And sushi. And fireworks. But first, the biking part.

If it was possible to pick a near-perfect day for a long bike ride, this was it. Winds that seemed lighter than usual, temperatures that were not nearly as high as they had been a few days earlier, and a bit of cloud cover during the hottest part of the day……what more could one ask for?

Riding out before the sun was over the horizon, the paved shoulder on County Road 50 lead us west from Kingsville along the north shore of Lake Erie. Ure’s Country Kitchen wasn’t open yet in Malden Centre (then again, maybe it was a bit early for a butter tart). There were a few early morning cyclists out on the streets and the off-road section through Amherst Point.

It was thrilling to ride alongside a laker as it made its way up the channel that runs along County Road 20, heading into Amherstburg.

A washroom stop and a water bottle re-fill in Amherstburg set us up for the northward leg towards LaSalle. South of the the Volmer Complex, there’s a multi-use trail that runs along Malden Road. Turning right, the Laurier Parkway trail system connects to the Herb Grey Parkway trail system.

The EKG route continues on off-road paved multi-use trails through Malden Park, in the city of Windsor. Washroom facilities in Malden Park or in Mic Mac Park are on the route. There are a couple shops along Sandwich Street where riders have opportunities to stop for snack or cold drinks. Or to stop and purchase an emergency pair of sunglasses if they lost/forgot their main pair somewhere along the route!

Along the waterfront in Windsor, a bell comes in handy when there are many other walkers, runners, cyclists and scooter users using the trail. And a water bottle filling station by the Bert Weeks fountain is conveniently located for those riding along the waterfront trails. The new statue of Hiram Walker where Devonshire Road meets Riverside Drive is a new landmark for the area.

Further east, and a few snacks and bottles of water later, ice cream was calling at Twenty Two Coffee House. That fueled us south and east along some fine gravel roads to Comber where a bag of ice was a welcome addition to our hydration packs.

A tar and chip road brought us into Tilbury. Coming out the north side of the town, the route uses the closed-to-vehicles bridge on Mint Line. Some of the quiet gravel roads in the Jeannette’s Creek area are below the level of Lake St Clair!

The newly-opened paved shoulder along Riverview Line provides a good route into Chatham. There are a few historic sites marked along the way.

Mercato Fresh grocery store has a great deli, but the sushi was the number one attraction on this trip! Carbs, protein, fats…..what more can a pair of cyclists ask for? From Chatham, a lot of left and right turns on some fine gravel roads brought us to Wheatley.

The Circle K gas station in Wheatley had just re-opened, after being closed for about 10 months due to the explosion in downtown Wheatley in August 2021. Thank goodness, as another round of snacks were needed to fuel the last leg of the ride. Cooler temperatures were setting in (a welcome change), and as the sun dipped to the horizon, swarms of bugs (fish flies) appeared. When riding through a swarm, we didn’t dare open our mouths to eat or talk, for fear of eating a mouthful of bugs!

Our bright front and rear lights lit the way into Leamington where we could see the first of four Canada Day weekend firework displays starting. What a way to be ushered home after a long day on our bikes!

The EKG can certainly be done as an overnight trip. One possible stop-over is at the Retro Suites Hotel in downtown Chatham.